Jorge Derpic is an Assistant Professor in Sociology and Latin American and Caribbean Studies at the University of Georgia. His research focuses on state and collective responses to crime in urban-indigenous Latin America. His current project expands the analysis of linchamientos, acts of collective violence against alleged criminal offenders in the city of El Alto, Bolivia. He specifically studies the factors that shape state law-enforcement' and judicial officers' responses to these acts.

The Inter-American Foundation selected him as a Fellow for the academic year 2014-15 and the Foundation for Urban and Regional Studies from Oxford University funded his research in two opportunities. The Lozano Long Institute of Latin American Studies, on several occasions, the Urban Ethnography Lab, and the Population Research Center, at the University of Texas at Austin also supported his research.

More of My Students 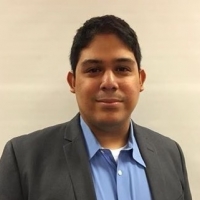 The Department of Sociology appreciates your financial support. Your gift is important to us and helps support critical opportunities for students and faculty alike, including lectures, travel support, and any number of educational events that augment the classroom experience. Click here to learn more.

Every dollar contributed to the department has a direct impact on our students and faculty.